Listen to this Episode (08:57)
0.75x
1x
1.25x
1.5x
2x
0:00
08:57
Apple PodcastsGoogle PodcastsPlayer EmbedShare Leave a ReviewListen in a New WindowDownloadSoundCloudStitcherSubscribe on AndroidSubscribe via RSSSpotifySubscribe on iTunesGet My Workbook 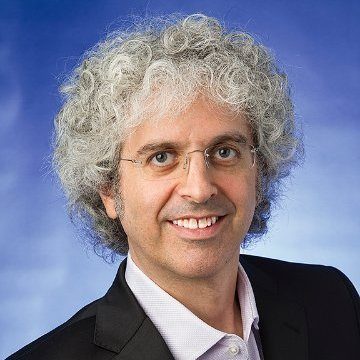 As someone who has founded, built, managed and sold a successful internet company, Matt has been in the startup trenches.  In 1996, he co-founded Commissioner.com, the internet’s first and premier fantasy sports service.  Matt grew the company, which created fantasy sports games for the NFL, Major League Baseball, CBS SportsLine, and several others, as well as international games for soccer and cricket.  In 1999, he and his partners sold the company to CBS SportsLine (currently CBS Sports), which still runs their products today.

A few years ago, Matt acted as Executive Producer of Certifiably Jonathan, a feature comedy film starring recently of late comedy icon Jonathan Winters.  The film features a host of other comedians including Robin Williams and Howie Mandel.  More recently, Matt dove into the world of finance with Stealth Traders, whose mission is to empower traders all over the world to achieve consistent profitability by creating the most accurate indicators and comprehensive education. The past several years, Matt has been consulting entrepreneurs, professionals and small businesses, helping them grow, increase sales and expand. Check out http://www.thestartup.pro

1694:Paul Adams is the CEO and Founder of Sound Financial Group

1694:Paul Adams is the CEO and Founder of Sound Financial Group

1701:Jen Smith started Saving with Spunk to help her friends and other millennials…

1701:Jen Smith started Saving with Spunk to help her friends and other millennials…