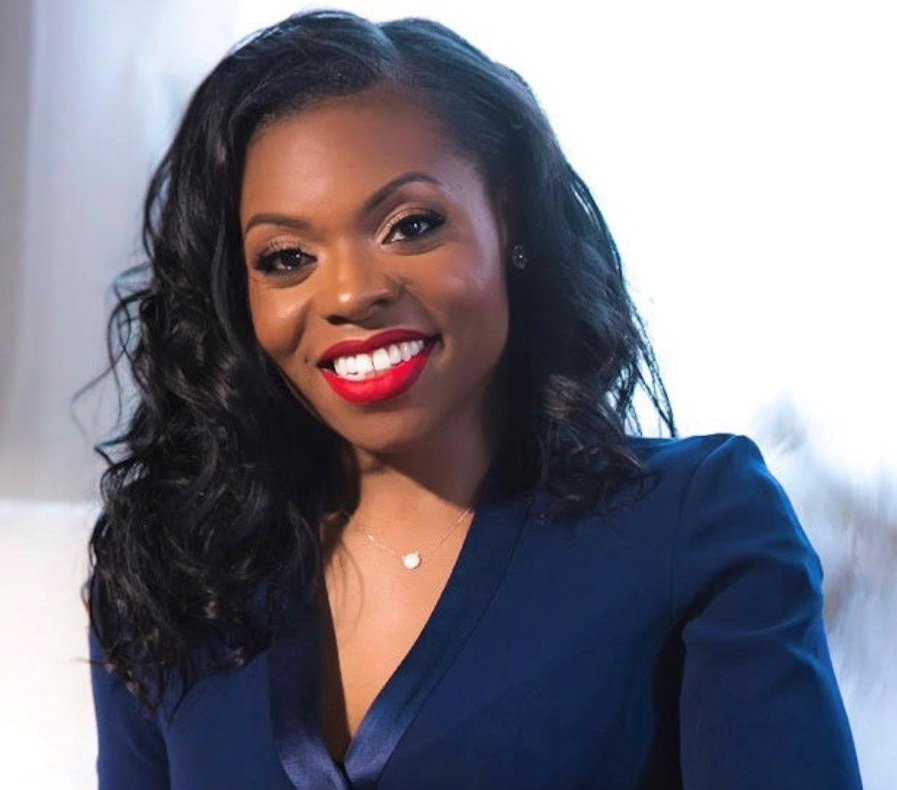 Kristen L. Pope is an Award-Winning Journalist, TV Host, sought-after Speaker, Encourager and Author.
Kristen won a documentary award from the New York Association of Black Journalists; A Women in Media Award and also been listed as a Woman to Watch.
Most recently, Kristen contributed as a on-air reporter to NBC Boston.
As an in-demand speaker and mistress of ceremony, Kristen is known for her natural wit including completing almost two dozen stand up comedy performances in the Boston area where she resides.
Kristen‘s credits her greatest treasure as mom to her toddler Lily Leigh Pope. Most recently, Kristen founded Mom Life Streets- an authentic conversation in woman and motherhood.
Kristen also runs her own boutique production company, “Pope Productions,” and created the flagship variety show, “The Positive Controversy with Kristen Pope,”set to release it’s second season. Through Pope Productions, Kristen has packaged her decade of expertise as a television broadcaster in her recently released first online course, the “On-Air Academy,”  – the go-to course to secure your next job on air!
In addition to a love for media, Kristen has a passionate heart for women. That fire lead her to create, “The King’s Daughters, Inc”in 2008 – a community for women to anchor their identity in Christ and grow through personal development.
When Kristen’s not working, she’s serves organizations she loves and spending time with her husband Richard and their daughter Lily.
Youtube Channel: https://www.youtube.com/channel/UCYQx-VGHVryyWSePhN6lFYQ
Facebook: https://www.facebook.com/KristenLPopeTV
Click on the ▶ icon to listen (08:49)
0.75x
1x
1.25x
1.5x
2x
0:00
08:49
Apple PodcastsGoogle PodcastsPlayer EmbedShare Leave a ReviewListen in a New WindowDownloadSoundCloudStitcherSubscribe on AndroidSubscribe via RSSSpotifySubscribe on iTunesGet My Workbook
Powered by the Simple Podcast Press Player

Carly Evans is passionate about supporting people to move past their shitty past traumas, towards the life they truly desire /Ep2401

Otakara Klettke shares her expertise in health, writing, self-publishing, homeschooling, and the importance of reading for children /Ep2400