Listen to this Episode (12:30)
0.75x
1x
1.25x
1.5x
2x
0:00
12:30
Apple PodcastsGoogle PodcastsPlayer EmbedShare Leave a ReviewListen in a New WindowDownloadSoundCloudStitcherSubscribe on AndroidSubscribe via RSSSpotifySubscribe on iTunesGet My Workbook 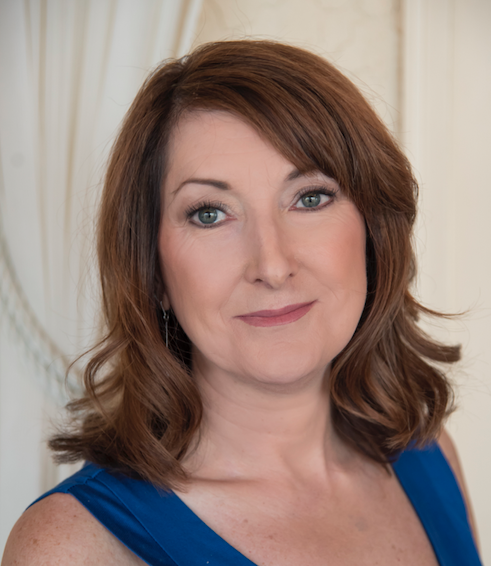 Tracey Maxfield is a nurse with over 36 years’ experience. She is certified in gerontology and dementia care and is a regular guest on well-known author and radio host Peter Rosenberger’s show Hope For the Caregiver on WLAC and iHeart Radio in Nashville, Tennessee. Tracey has written articles on dementia care, medical research and mental illness/bullying in teenagers. She is the Purple Angel Dementia Ambassador for the Okanagan. B.C.

Tracey experienced her first episode of clinical depression in her twenties and lived with chronic depression ever since. However, nothing prepared her for the acute depressive episode she experienced in 2015. After enduring years of intense work place stress, harassment and bullying, she plummeted into an abyss of darkness, hopelessness and despair the likes of which she had never experienced before.

Encouraged by a psychologist, Tracey started a Blog, Escaping the Rabbit Hole: my life with depression, to better help her friends understand her depression. Over time, Tracey began to heal and found that out of the darkness and despair, there is hope, there is life after depression.

Since the release of her book, Escaping the Rabbit Hole: my journey through depression (http://www.traceymaxfield.com), Tracey has become a staunch advocate for Mental Illness and Mental Health Awareness and Bullying and completed the course, Bringing Mental Health to Schools. She has met with teenagers ages 11 to 15 years to talk about bullying and mental illness and has appeared on numerous podcasts in the USA, Canada and UK, live radio shows and ABC KOMO News 4, KSHV 45, and NBC News 6 television shows. In June, Tracey was featured in a series of articles by HelloCare magazine in Australia.

In September, Tracey embarked on a new life journey, she sold her home, donated most of her possessions to various charities and made a commitment to try and make a difference in the world and is spending six months traveling in the USA, talking about mental illness and bullying in children and teenagers. Her philosophy is to Engage children and teenagers, to Educate them about mental illness and bullying and to Empower them to develop confidence and skills to continue to move ahead in their own life journey.

She is also one of the ‘Break Out’ presenters at the TEACH 2019 Conference in Jacksonville, Florida on March 2, 2019.

Born in Wales, U.K. Tracey moved to Canada in 1987. She currently lives in the Okanagan Valley in beautiful British Columbia. Escaping the Rabbit Hole: my journey through depression is her first book and has received international rave reviews. Is is available at Barnes & Noble, http://www.BOL.com, http://www.BookDepositorycom, and on Amazon in soft cover, kindle and audio book.

1539:Fab Mackojc is a podcaster, entrepreneur, traveller and avid reader

1539:Fab Mackojc is a podcaster, entrepreneur, traveller and avid reader

1761:Stefani Drake is the Founder + Lead Strategist of Drake Strategies

1761:Stefani Drake is the Founder + Lead Strategist of Drake Strategies

688:Colin Wiebe spent years touring around the world as a musician

688:Colin Wiebe spent years touring around the world as a musician

Sam Alsrore is the Top 100 Most Influential Entrepreneurs on LinkedIn and a member of the Birmingham Club UK, TEDx /Ep2268

Sam Alsrore is the Top 100 Most Influential Entrepreneurs on LinkedIn and a member of the Birmingham Club UK, TEDx /Ep2268

Susan Heaton Wright is an impact, communications and speaking trainer for emerging leaders and the creator of the Superstar Communicator philosophy /Ep2519

Susan Heaton Wright is an impact, communications and speaking trainer for emerging leaders and the creator of the Superstar Communicator philosophy /Ep2519