Eugenia Kuzmina is a Russian-American actress, comedian and model /Ep 2877 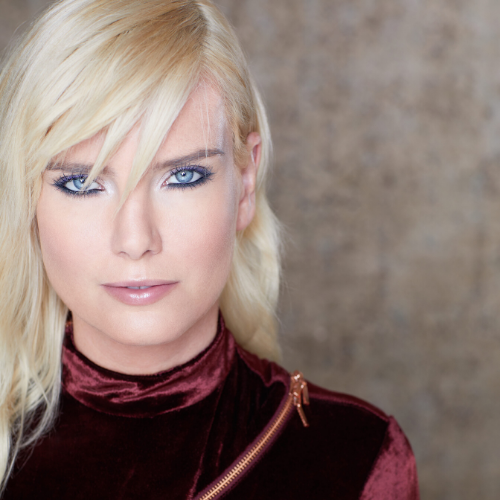 ” My two favorite words are adventure and fun. I’m not a typical Capricorn and I don’t have a normal birthday, it’s on Dec 25.

I’ve always been one of those kids who doesn’t fit in the box.
Early creative ideas caught my scientist parents and my early teachers by surprise, like the time I made bikinis out of soviet uniforms or snuck into a screening of “Terminator 2“ at five. In fact I was so blown away by it, I had to sneak in twice in a row.
Let’s just say I’ve been feeling much happier pursuing professional ice skating than sitting at a school desk. Who cares about everyday training in -22F when you can feel that excitement of doing a live show on ice like “Red Riding Hood“, “Snow White“ . …The smell of freshly cleaned ice, the lights, the music bursting…
And then came modeling. It’s not something you can pursue, just the look you have and the Russian designer Slava Zaitzev thought I had a look for his brand and a few others, like M&Ms (love chocolate) RC Cola (we went through 50 bottles shooting the commercial) and magazines like Vogue and Elle. Then, at 15, came contracts for Dior, L’Oreal, Hermes to travel to France, Tokyo, London, New York. I would wake up in the planes from the Amazon Jungle to Shanghai, to the Sahara to New York. That was the most gypsy time of my life!
I gave it all up to have a baby with a man I fell in love with. It was a big leap of faith and I believe life has its magical ways .
Not long after Rodrigo Prieto was looking for a model character in a short film, he wanted to direct with Elle Fanning. He was looking for someone who could portray decadence, vanity and extreme neurosis. Who new you can share all the dark sides of being human on camera! The past three years have been a rollercoaster of discoveries and stories, like playing a girl of an oldest profession with John Turturro and Woody Allen on the streets on NY, making Zoe Deschanel act even more awkward on “New Girl”, playing an FBI agent with Stana Katic on Castle , being a mean night club host with Danny McBride, Scott Caan and Bill Murray and improvising with Lisa Kudrow on The Comeback . I’m incredibly grateful for being part of the creative process and working with such incredible artists.

Recently I’ve decided to get back doing live shows and found Stand Up! And I fell in love, just being in a room with total strangers sharing life at its most unexpected moments brings me a lot of joy. “

822:Alicia Rodriguez says I consider myself a storyteller in the tradition of the cantadoras of the past

822:Alicia Rodriguez says I consider myself a storyteller in the tradition of the cantadoras of the past

Johnathan Grzybowski is the co-founder of Penji / Ep1988

Johnathan Grzybowski is the co-founder of Penji / Ep1988

1681:Tameka Chapman, Senior Paralegal Specialist with over 12 years of experience