Click on ▶ to Listen (17:07)
0.75x
1x
1.25x
1.5x
2x
0:00
17:07
Apple PodcastsGoogle PodcastsPlayer EmbedShare Leave a ReviewListen in a New WindowDownloadSoundCloudStitcherSubscribe on AndroidSubscribe via RSSSpotifySubscribe on iTunesGet My Workbook 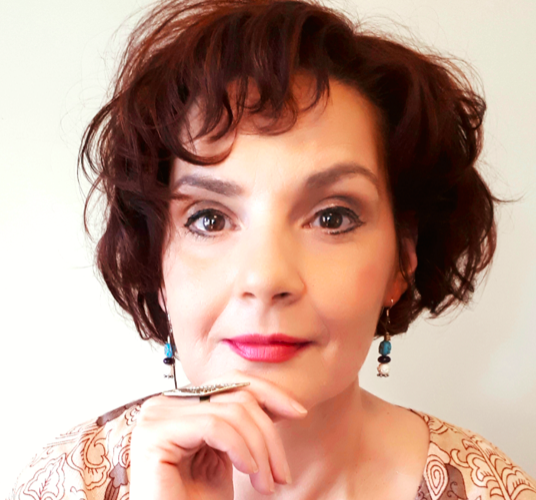 Hailing from just south of Toronto, Ontario Canada, Tia McGraff is an internationally-renowned, award-winning americana/singer-songwriter and author.  Accompanying Tia on her musical journey is her life/musical partner, Tommy Parham. The two met and married while both were living in Nashville, TN and have enjoyed an extensive career performing, songwriting and recording together for more than 12 years. They bring such an honesty and passion to their music that they have even been described as the modern day, Johnny and June!

2015-2017 were stand out years for Tia and Tommy, with sold out shows around the world (including the coveted, Bluebird Café, in Nashville, TN); international acclaim for their cd release Crazy Beautiful and radio play on such notable shows as Bob Harris Country on BBC Radio 2 in the UK.

With the 2018 release of Stubborn In My Blood, first single, “Strong” is already reaching beyond all demographics and boundaries, having been adopted by “Me2” and women’s empowerment groups around the world! New single, a cover of the classic,  “One Tin Soldier” recently hit #22 on the iTunes Canada Country charts!

A gifted author, Tia’s children’s book, Jake The Road Dawg has helped raise funds and awareness for her local chapter of The Dolly Parton Imagination Library.

Seven international CD releases, various film/tv placements, and numerous nominations and awards (including Americana CD of the year first round nomination for 2016 Grammy Awards),  have earned Tia and Tommy a respect in the music industry and a global fan base. The duo have a gift for ‘getting to the heart of the matter’ and writing relatable songs about life, love and this crazy world we live in.

Don’t miss Tia and Tommy’s UK Tour in September, at one of the featured venues listed: http://www.tiamcgraff.com

1326:Dave Negri is the founder of Contractors Secret Weapon

1326:Dave Negri is the founder of Contractors Secret Weapon

1413:Alex Strizak is the creator and host of the podcast “Moose’s Mulligans”

1413:Alex Strizak is the creator and host of the podcast “Moose’s Mulligans”

1722:Kevin Stoller is Co-Founder and President of Kay-Twelve.com…

1722:Kevin Stoller is Co-Founder and President of Kay-Twelve.com…
Load More