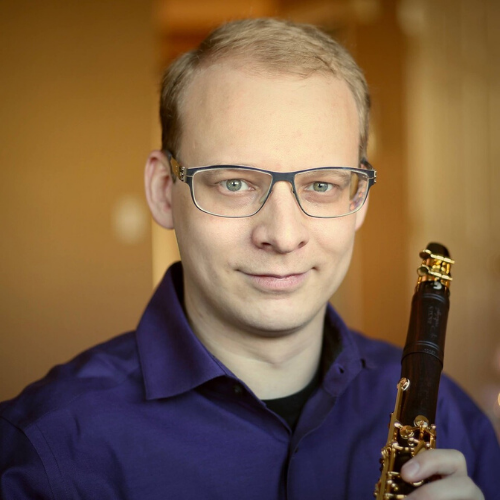 Sean Perrin is the founder of Clarineat.com and the host of the internationally-acclaimed Clarineat Podcast and OK Podcast internet radio shows. He is also an active performer, recording artist, and music educator who lives in Calgary, Alberta, Canada.

Sean has performed as a substitute clarinetist with the Calgary Philharmonic Orchestra, The Red Deer Symphony, The Bow Valley Chorus, and many other local ensembles. In 2015 he recorded his first solo album called “Dreamsongs” with support from the Alberta Foundation of the Arts, Jazz YYC, and Kickstarter campaign that reached 137% of its funding goal. The project reached #5 on the Canadian Jazz charts on Apple iTunes.

Also an accomplished teacher, Sean is on faculty at The Mount Royal University Conservatory, and has worked as a clinician for The Banff Centre, The University of Calgary, the Department of National Defence, and numerous other organizations.

In addition to his creative, performing, and teaching work, Sean is the online Online Sales and Marketing Coordinator for the world-renown clarinet manufacturer Backun Musical Services.

Sean obtained his Bachelor of Music Performance Degree (BMus) in 2009 from The University of Calgary, where he studied with Steve Amsel.

836:Lisa Braithwaite started performing at the tender age of three

836:Lisa Braithwaite started performing at the tender age of three