Listen to this Episode (12:01)
0.75x
1x
1.25x
1.5x
2x
0:00
12:01
Apple PodcastsGoogle PodcastsPlayer EmbedShare Leave a ReviewListen in a New WindowDownloadSoundCloudStitcherSubscribe on AndroidSubscribe via RSSSpotifySubscribe on iTunesGet My Workbook 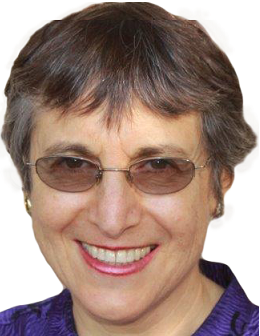 Years ago, in pursuit of her dream of being a published author, Randy Peyser stood off the 101 freeway on a Wednesday at rush hour, in Mill Valley, California, wearing a dress, makeup and high heels, and held up a sign that read: “Author Seeks Publisher.” That night a publisher called her and she became Editor-in-Chief of his national magazine.

While she is no longer standing on street corners soliciting publishers as she once did long ago, for the past 19 years, she has been helping first-time authors and professionals get book deals with top literary agents and publishers. She edits and ghostwrites books, then flies to New York and pitches their manuscripts to the powers-that-be.

Her clients’ books have been featured in Oprah Magazine, Time Magazine, on the Wall Street Journal and USA Today Bestseller Lists, and on Hallmark TV and Daily Mail TV. They have also been sold nationally to big box stores and airport bookstores, have been featured in other prominent media outlets, and a number of them have won prestigious awards. Additionally, Randy places books in 5-star luxury hotels and national magazines to help authors expand their fan bases. Randy Peyser practices Random Acts of Chutzpah! Her company is http://www.AuthorOneStop.com.

898:Casey Plouffe, a registered nurse who, at the age of 28, retired herself from her nursing profession in pediatric oncology with network marketing

1469:Eva Yoo is originally from Seoul and now works as a writer at TechNode

1061:Kathie Bigelow is an intuit emowerment change agent in Utah

Barbara Turley is an investor, entrepreneur and Founder & CEO of The Virtual Hub /Ep2186