Click on ▶ to Listen (09:43)
0.75x
1x
1.25x
1.5x
2x
0:00
09:43
Apple PodcastsGoogle PodcastsPlayer EmbedShare Leave a ReviewListen in a New WindowDownloadSoundCloudStitcherSubscribe on AndroidSubscribe via RSSSpotifySubscribe on iTunesGet My Workbook 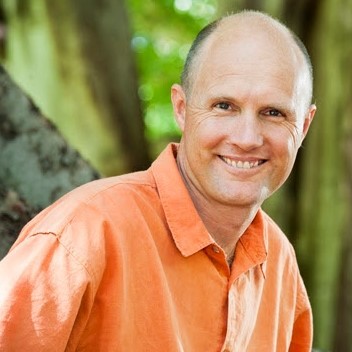 “I am one of the lucky few who have found their passion in life. For me, teaching (and learning from) people who want to find out how to best utilize the mind is what life is all about. And I get to do that every day and meet amazing people along the way.”

Peter Radcliffe is a highly experienced and well-regarded meditation teacher and NLP trainer. He teaches students through the lens of a calm mind to help bring peace, happiness and joy to their lives. Peter’s unique background as a Buddhist monk empowers his retreats to be so much more than an ordinary getaway, it becomes a journey in itself.

Born and raised in Adelaide, Peter worked as an engineer for twenty years. He became interested at an early age in the practices of different philosophies and religions and studied elements of Buddhism, Hinduism, Christianity, Sufism, modern psychology and NLP. Peter travelled the world living and working for many years in the United Kingdom, Middle East, America, Singapore, Thailand, Taiwan and throughout Australia.

In 1993, at the age of 22, Peter spent time as a Buddhist monk in the rainforests of Thailand. During this period and since then, he has completed many meditation retreats, some up to as long as nine months in total solitary meditation.

Peter began coaching and teaching meditation to small groups in 2004. He left the corporate world behind in 2009 to teach meditation, NLP, and personal development full time.

Peter is based on the Fleurieu Peninsula, an hour south of Adelaide, and is married with three young children.

894:Jacquie Nagy is the ‘Be Yourself Coach’

894:Jacquie Nagy is the ‘Be Yourself Coach’

939:Erin O’Brien has a philosophy of “Less Talk, More Action”

939:Erin O’Brien has a philosophy of “Less Talk, More Action”

1311:Robert Bear is the owner of InventionStories.com and the Invention Stories Podcast.

1311:Robert Bear is the owner of InventionStories.com and the Invention Stories Podcast.

958:Greg & Bradley are the Founders & Hosts of Stage One Startup

958:Greg & Bradley are the Founders & Hosts of Stage One Startup