Listen to this Episode
0.75x
1x
1.25x
1.5x
2x
0:00
...
Apple PodcastsGoogle PodcastsPlayer EmbedShare Leave a ReviewListen in a New WindowDownloadSoundCloudStitcherSubscribe on AndroidSubscribe via RSSSpotifySubscribe on iTunesGet My Workbook 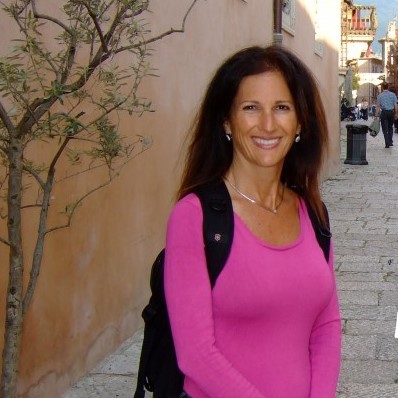 Author, Podcaster, and International Speaker, Maura Sweeney has transformed her own mantra of “Living Happy – Inside Out” to become a global influencer.

A former corporate manager and home schooling mom transitioned again at age 50 to make her life long goal a reality. Today, she brings uplift and unity to an often disempowered and divided world.

A former HuffPost columnist who has traveled to 60 countries, Maura was first called the Ambassador of Happiness by the UNESCO Center for Peace when invited to speak at the inaugural Nelson Mandela Day celebration. Since then, she’s trademarked her title and become a popular media guest featured on hundreds of media outlets in the U.S., Europe, Africa and Australia.

Maura has lectured on Influence and Leadership at universities, leadership conferences, women’s organizations, Model UN’s and several American Embassy outposts. In 2018, she was named Women of the Decade at the Women Economic Forum held in The Hague. Maura Sweeney’s genuine and first-hand approach empowers others of every background to become their finest version of self and helps us see what’s best in us all.

Maura just released an ecourse for Personal Leadership, Happiness and Authenticity on the Ingomu Learning Platform.

1170: David Burch podcast host of “The Topic is YOURS”

1170: David Burch podcast host of “The Topic is YOURS”

David Thomas Tao is the Co-Founder and Editor of BarBend.com /Ep2738

David Thomas Tao is the Co-Founder and Editor of BarBend.com /Ep2738

1277:Mark Struczewski is a a next level productivity specialist

1277:Mark Struczewski is a a next level productivity specialist