Click on ▶ to Listen (12:12)
0.75x
1x
1.25x
1.5x
2x
0:00
12:12
Apple PodcastsGoogle PodcastsPlayer EmbedShare Leave a ReviewListen in a New WindowDownloadSoundCloudStitcherSubscribe on AndroidSubscribe via RSSSpotifySubscribe on iTunesGet My Workbook 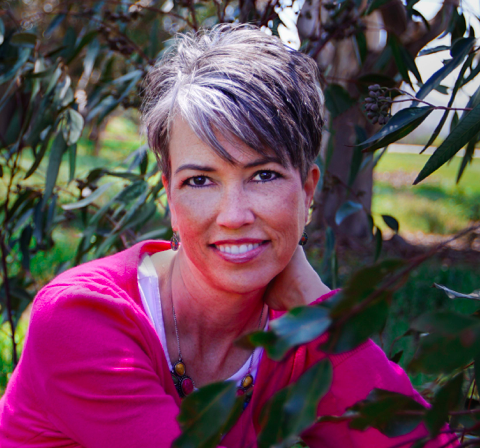 Lauri Mackey, CHHC* and Positivity Crusader is the proprietor of Lauri’s Lemonade Stand, a Positivity Podcast for Women and authoress of Positivity Happens, Creating Happiness and Finding Hope through The Art of Holiatry, but her favorite thing is speaking to groups of women in her Positivity Crusade. Lauri studies and teaches The Art of Holiatry which focuses on 3 main points of health and well-being: Physical which includes nourishment, rest, and movement, Psychological which includes your mind and spirit, and then how to bring that best self into the third branch of Social Life which is how you show up in your relationships. Lauri’s unique background of struggle through experience has her shouting from the rooftops that if she can come through it, anyone can!

It took Lauri a long time to figure out how to show up as her best self, most of which happened after age 40 as a matter of fact. All after age 40, Lauri graduated high school, earned a certificate in Plant-Based Nutrition through eCornell University, became a Certified Health Coach through IIN, established Lauri’s Lemonade Stand including a successful interview-based podcast, became a public speaker with training from YSU, and became a mountain bike coach for the local high school team. She’s even raced her mountain bike and made it onto a few local podiums! The proof is in the pudding and as she claims, “if she can do it, anyone can”. Lauri believes that it is never too late to start the next chapter of your life.

Lauri lives in Camarillo, CA where she podcasts from her home studio and lives with her best friend and husband, Eddy with their two dogs, Lakota and Kozmo. She is a mother of three grown daughters and a Gram to two beautiful grandchildren.

1241:Ryan Jenkins is an internationally recognized keynote speaker and author of the book The Millennial Manual

1241:Ryan Jenkins is an internationally recognized keynote speaker and author of the book The Millennial Manual

1371:James Stephan-Usypchuk, a Montreal native, is the CEO and founder of the digital marketing agency JSU Solutions

1371:James Stephan-Usypchuk, a Montreal native, is the CEO and founder of the digital marketing agency JSU Solutions

Eric Nevins: host of Halfway There Podcast and founder of the Christian Podcasters Association /Ep 2902

Eric Nevins: host of Halfway There Podcast and founder of the Christian Podcasters Association /Ep 2902

Julie Leduc is dedicated to educating on how to thrive in today’s economic..
Load More