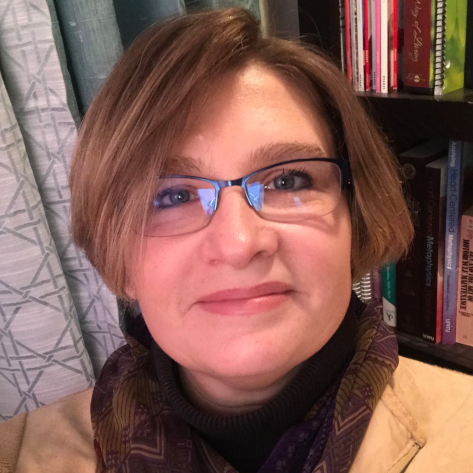 Kerri Kannan is a Consciousness Coach.  She started voraciously studying the nature of Consciousness in 1993 and and have been teaching Self-Love and Realization since 1998, when she wrote the Uncovering the Divine Within Workbook.  In 2004, during a week of intense spiritual study, she helped facilitate a spontaneous healing and used that as a touchstone for knowing that within all of us was the power to command consciousness.  It took another ten years of trying to recreate that event and the consciousness surrounding it it before I could consistently replicate it. Then in 2014, she experienced a shift in consciousness that allowed her to crack the code and recreate that state of being that would allow her to help facilitate miracles on behalf of others, on a consistent basis with no particular effort on their behalf.  Now, Kerri has practiced it in a variety of different circumstances and with enough different people that she knows the formula. Now, she is bringing it into the world to teach you how to facilitate rapid and consistent change in your life and the lives of those you love.

You can receive the the Uncovering the Divine Within Workbook as well as a set of 5 Free Consciousness Alignments including one for Wealth, Health, Relationships, Spiritual Connection and Life Fulfillment here: http://kerrispeaks.info