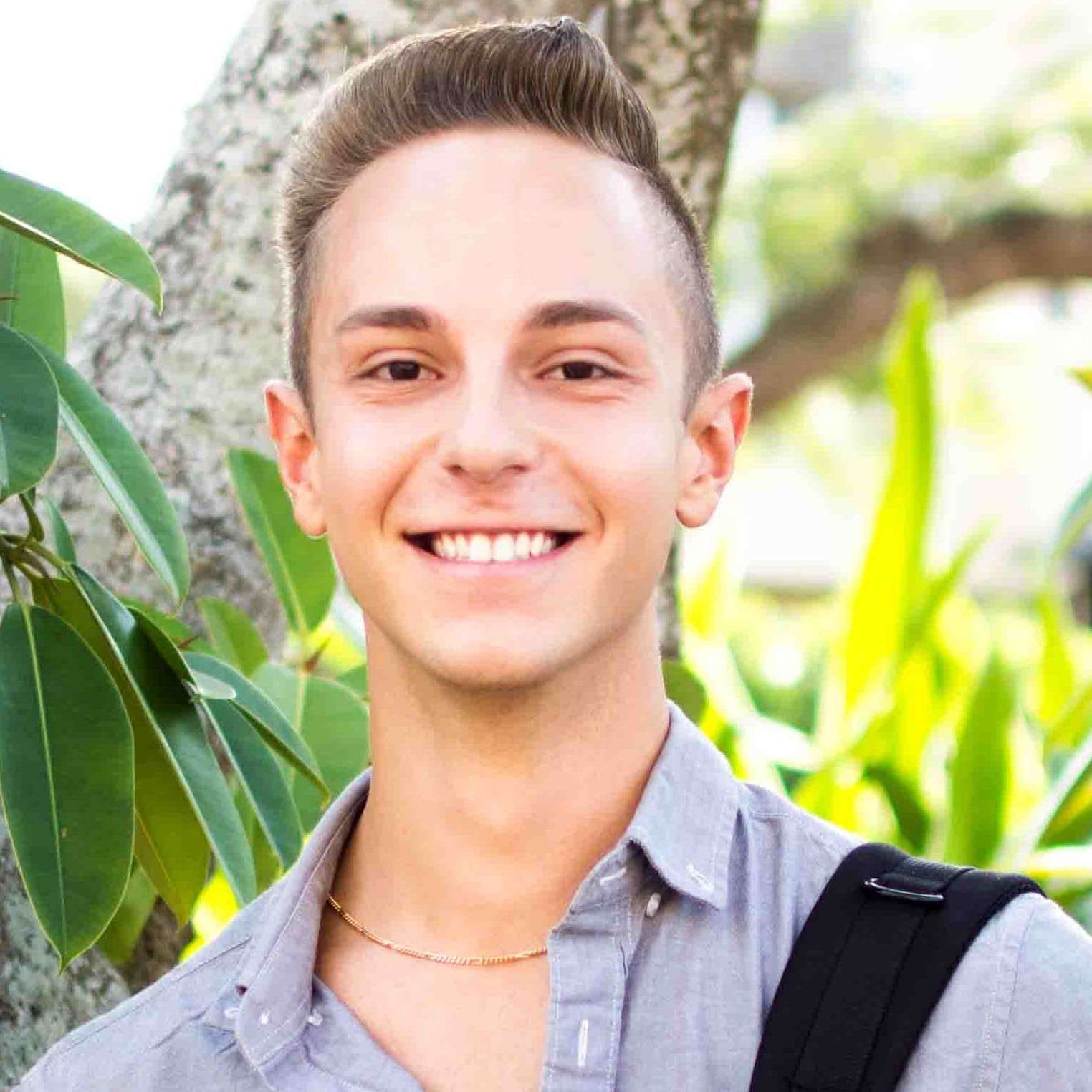 Jordan Paris is a 21-year-old author, web-developer, podcast host, and former college athlete seen in Men’s Health, Yahoo Finance, and Nasdaq as a beacon of light for inspiring people from all walks of life. After suffering from depression for most of high school, Jordan realized that if things were going to change, then he had to change. This realization compelled him to take control of his life. As a junior in high school, he started by readingAwaken the Giant Within by Tony Robbins, which changed everything for him.

After graduating from high school in 2016, he decided to become a personal trainer, which lead him to a summer internship in Los Angeles with celebrity trainer Steve Jordan. Steve became a trusted mentor and friend who served as a bridge for Jordan from a time of trouble to a time of triumph. Upon arriving at Florida Gulf Coast University just after his internship, Jordan capitalized on his fresh start, becoming a student-athlete while holding several leadership positions on campus. With a newfound sense of purpose and confidence, he started blogging while studying to become a personal trainer. He landed his first clients soon after and launched his online programs in the spring of 2017. A few months later, Jordan founded The WordPress Rocketeer, where he focuses on developing engaging websites to launch his celebrity clients’ dreams to infinity and beyond. Jordan first appeared in Men’s Health in September of 2017. After breaking the chains of depression, he decided to share what he has learned along his journey, embarking on a relentless mission to write Growth Mindset University in just 29 days. Now, Jordan interviews some of the most successful and influential people in the world like Kevin Rudolf, David Meltzer, Mark Manson, Rachel Starr, and Dan Lok on his iTunes #3 ranked Training podcast, Growth Mindset University.