Click on ▶ to Listen (09:27)
0.75x
1x
1.25x
1.5x
2x
0:00
09:27
Apple PodcastsGoogle PodcastsPlayer EmbedShare Leave a ReviewListen in a New WindowDownloadSoundCloudStitcherSubscribe on AndroidSubscribe via RSSSpotifySubscribe on iTunesGet My Workbook 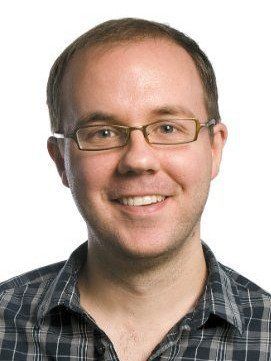 Jonathan Messinger is an author (Hiding Out), journalist and podcaster. His show, The Alien Adventures of Finn Caspian, is a sci-fi serial for kids, sort of like Scooby-Doo in space.

He was formerly Time Out Chicago’s books editor and Web editor for Time Out Chicago Kids. Jonathan was born in Boston, Massachusetts and lives in Chicago, Illinois, USA.

He has contributed his fiction writing to the journal McSweeney’s, among many other major and alternative publications. While at Clark University he was the editor of the student magazine The Wheatbread. Messinger was also the editor of THISisGRAND, a web magazine chronicling true stories on Chicago’s public transit. He has toured extensively in Canada and the United States, and is the creator and host of The Dollar Store Reading Series, a successful monthly show where he hands out items purchased for a dollar to writers and comedians, who then use the item as inspiration for stories. Messinger’s first published collection of short stories, Hiding Out, was released in 2007 through Featherproof books, an independent publisher which he cofounded in 2005 in combination with fellow writer Zach Dodson. The general critical response was positive. Mark Eleveld in Booklist, Donna Seaman in Chicago Tribune and Kevin Sampsell in The Portland Mercury were impressed, whereas a more mixed review was published in Publishers Weekly.

Jonathan is on adjunct staff at DePaul University.

601:Tandy Gutierrez is recognized as one of the nation’s foremost Pilates and fitness experts

601:Tandy Gutierrez is recognized as one of the nation’s foremost Pilates and fitness experts

1375:Crystal Layland is an Author,  Coach-Mentor, Host of Her Fearless Hustle the Podcast;

1375:Crystal Layland is an Author,  Coach-Mentor, Host of Her Fearless Hustle the Podcast;