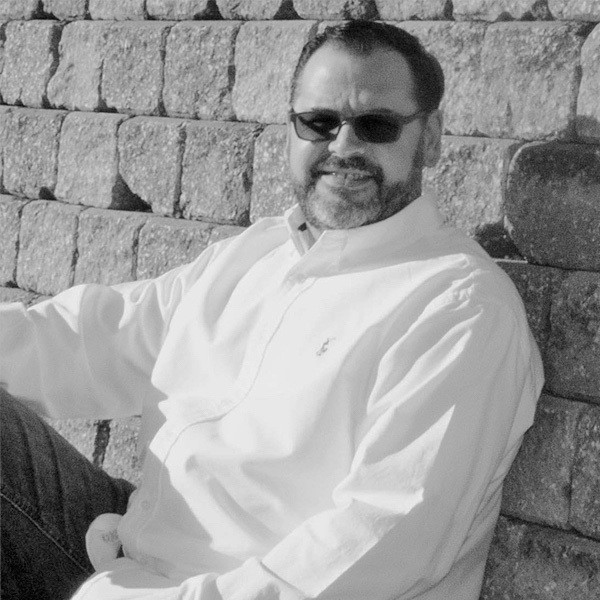 Jaimie Jay is an avid hockey fan. He loves the competitive spirit and the team aspect of the game. He enjoys the sport so much that he decided to integrate his passion for the sport into his passion for marketing. Jaime has been working in the sales and marketing arena since he left the US Army as a paratrooper for the 82nd Airborn Division in 1994.

Working for three different fortune 100 companies, Jaime learned quickly how to build relationships. The challenging aspect of working for a large company was having the ability to be creative. This is the main reason he went out on his own and started his own business. His first business was as a partner in a small California-based real estate advertising agency and publishing company. After the housing bubble burst in 2008, Jaime had to start over.

As time progressed, Jaime found that he really enjoyed making websites for people and so he started Slapshot Studio in 2013 and never looked back. Jaime enjoys traveling, boating, playing guitar, hanging out with family, and playing hockey.

Click on the ▶ icon to listen (12:24)
0.75x
1x
1.25x
1.5x
2x
0:00
12:24
Apple PodcastsGoogle PodcastsPlayer EmbedShare Leave a ReviewListen in a New WindowDownloadSoundCloudStitcherSubscribe on AndroidSubscribe via RSSSpotifySubscribe on iTunesGet My Workbook
Powered by the Simple Podcast Press Player

1153: Rayson Choo helps the young professionals who are…

1148:Jesse Thom is a multidisciplinary artist and meditation teacher

1147:Randi Levin utilizes her Signature GPS Coaching System as a catalyst for her clients