Elliot Reeves is a conversational specialist, creator of The Elliot Reeves Show and founder of Inspired Edinburgh /Ep 2874

Click on ▶ to Listen (12:36)
0.75x
1x
1.25x
1.5x
2x
0:00
12:36
Apple PodcastsGoogle PodcastsPlayer EmbedShare Leave a ReviewListen in a New WindowDownloadSoundCloudStitcherSubscribe on AndroidSubscribe via RSSSpotifySubscribe on iTunesGet My Workbook 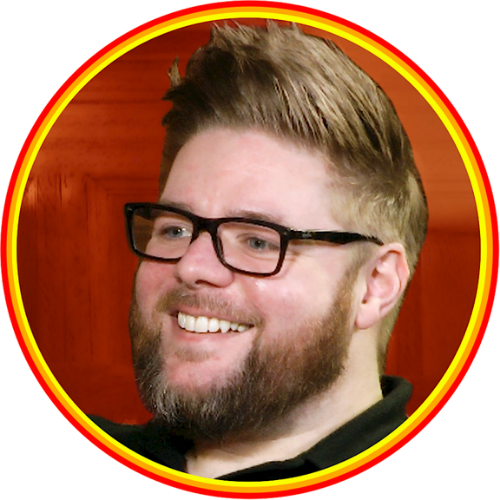 Elliot Reeves is a highly accomplished broadcaster, speaker and advisor, as well as creator of The Elliot Reeves Show and founder of Inspired Edinburgh, a high-end video production and media company centred around a world class online talk show.

Since the beginning of 2016 he has interviewed some of the most highly credentialed speakers, authors, adventures, athletes and entrepreneurs, including the likes of Dan Pena, Lisa Williams, Peter Sage, Professor Harald Haas, Peter Hitchens, Max Evans and Mark Beaumont.

He has also worked with many of Scotland’s most well respected institutions, organisations and leaders, including the likes of Professor Norman Drummond CBE, Sir Bill Gammell and First Minister of Scotland, Nicola Sturgeon.

By constructively challenging perceptions and encouraging people to question themselves, their beliefs, and the world around them, Elliot’s purpose is to inspire, and elevate the consciousness of others.

Become a Patron at
http://www.Patreon.com/12minconvos

3 ways that I can help

Having integrity is important. I teach from the truth I have lived through:

Let's have a conversation and work on designing a plan that fits your own unique real situation. We can start with a 12 minute conversation to decide the best wasy to move forward.

I would love to have a conversation with you about how this works. Book a time and let's talk for a bit and then move to Step 2.

Book a time, let's connect. There is a ton of mistakes that I have made. You could learn from them and hit the road running with your business.

Explore the first 3 lessons of Y.O.U.R.S through our online course

Get up to speed with our starter kit and conversational skills crash course. If you want to get started and see results fast, this is for you.

1793:Teri Wellbrock’s life purpose is to make a positive difference in the lives of others

1793:Teri Wellbrock’s life purpose is to make a positive difference in the lives of others

379:Neil Sattin is a relationship and couples coach, and host of the award-winning podcast

379:Neil Sattin is a relationship and couples coach, and host of the award-winning podcast

1703:Dane Sullivan is a successful roofing contractor for more than 30 years

1703:Dane Sullivan is a successful roofing contractor for more than 30 years

1451:Rob St. Mary cultivated a love of music, writing, and media at a young age

1451:Rob St. Mary cultivated a love of music, writing, and media at a young age

Jeremiah Krage, Actor and the host of The Practical Creative Podcast /Ep2149