Listen to this Episode (10:21)
0.75x
1x
1.25x
1.5x
2x
0:00
10:21
Apple PodcastsGoogle PodcastsPlayer EmbedShare Leave a ReviewListen in a New WindowDownloadSoundCloudStitcherSubscribe on AndroidSubscribe via RSSSpotifySubscribe on iTunesGet My Workbook 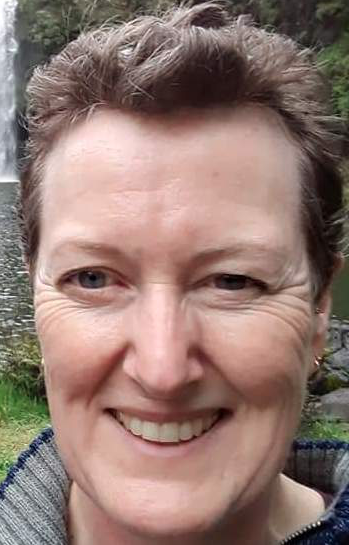 Diane Brewster: I’m a 47yr old 5th generation New Zealander of european decent, living in Auckland NZ. I have two children – a 14yr old son and 12yr old daughter.
I started in science in 1990 as one of the last Technical Trainees with the Department of Science and Industrial Research (DSIR) a government and industry funded research organisation.
In 1992 the DSIR was restructured and my section was HortResearch. It was further restructured when HortResearch and a sister institute (Crop and Food Research) amalgamated and we are now known as Plant and Food Research.
https://www.plantandfood.co.nz/
I’ve had a variety of roles in the following 29 years in a range of science disciplines from agricultural physics and nursery work to molecular biology and biochemistry, and in project management and compliance roles. I’m currently a proteomics specialist and am pursuing a Masters in Chemistry with the University of Auckland this year, studying biosensors. So from a Jack of All Trades, to hopefully being a Master of at least one!
Last year I took on a role as one of the podcasterd for the Scigest series
https://www.plantandfood.co.nz/page/news/podcast-index/
with an emphasis on working with schools from my time as a School Board Trustee of my local primary school.
I’m naturally quite awkward at trying to explain my science to non-scientists, as are a lot of scientists, so I took the opportunity to get out of my comfort zone and try to help scientists get their science stories out to the masses – a work in progress!
I also do voiceovers for our Plant and Food media team. Its easier reading a script!
Outside of work, I’m part of a viking reenactment group in NZ, and loving the physical fighting and the cultural and history components of the group.
I’ve also just this week started in business with a group of friends – a steep learning curve – and loving another opportunity to push that comfort zone even further.
Listen to another #12minconvo

Sara Nyström Lennqvist is the Executive Director of Center for Body Language, the world’s #1 Body Language Training for Business /Ep2509

Sara Nyström Lennqvist is the Executive Director of Center for Body Language, the world’s #1 Body Language Training for Business /Ep2509

1892:Phil Burgess has been an independent IT consultant for more than 20 years.

1892:Phil Burgess has been an independent IT consultant for more than 20 years.

1435:Don Harris is CEO of TalkBack and also presents a radio show ‘You and Your Business’

1435:Don Harris is CEO of TalkBack and also presents a radio show ‘You and Your Business’
Load More