Listen to this Episode (12:34)
0.75x
1x
1.25x
1.5x
2x
0:00
12:34
Apple PodcastsGoogle PodcastsPlayer EmbedShare Leave a ReviewListen in a New WindowDownloadSoundCloudStitcherSubscribe on AndroidSubscribe via RSSSpotifySubscribe on iTunesGet My Workbook 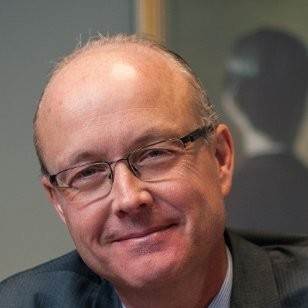 David’s paramount passion is social innovation and incremental change. He makes frequent appearances as a keynote speaker, both nationally and internationally, on leadership, entrepreneurship, innovation, mentorship, the Global South and social justice issues. He has presented in collaboration with organizations such as UNICEF and the Stephen Lewis Foundation, and has provided consulting services for health and literacy projects in Cambodia and Mongolia, respectively.

His podcast, “Face2Face”, is featured on Rabble.ca where he interviews guests and talks about change, social innovation and making a difference. His guest have included former prime minister of Bhutan Jingme Thinley, author Paul Young, director Atom Egoyan and philosopher Peter Singer.

David has taught in the business school at Humber College in Toronto, Ontario, and served on the Mentorship Committee at York University. He co-created the award winning children’s educational TV show “Spellz”​.

He earned an MA in Philosophy from the University of Guelph in 2004; in addition, his graduate thesis for this degree, entitled “Practical Action”, was published in 2008. His book “Real Change is Incremental”​ won a Word Guild Cultural award and his most recent book “Irreconcilable Differences” was published by PickWick Publications in 2015. He has also completed post graduate work in International Development.

1427:Alex Burdeshaw is the author of ‘Thinking Rationally in an Irrational World’