Click on ▶ to Listen (11:51)
0.75x
1x
1.25x
1.5x
2x
0:00
11:51
Apple PodcastsGoogle PodcastsPlayer EmbedShare Leave a ReviewListen in a New WindowDownloadSoundCloudStitcherSubscribe on AndroidSubscribe via RSSSpotifySubscribe on iTunesGet My Workbook 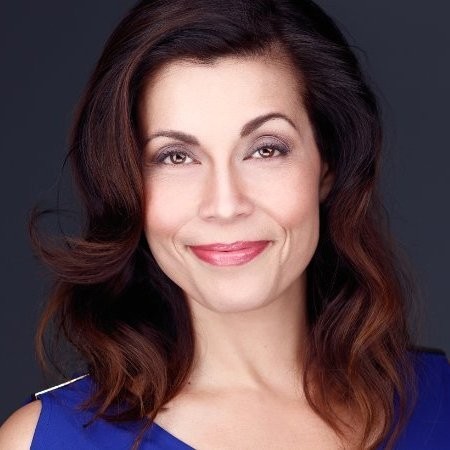 Bernadette Slowey : Director⎮Producer⎮Writer⎮TV Personality⎮Public Speaker As the founder of Vast Universe Productions, Bernadette Slowey directed, produced, co-wrote and starred in the award-winning feature length documentary Berni’s Journey. Through serendipity, the film unexpectedly follows her personal transformation while she travels with spiritual teachers through India on a quest to make a movie about difficult transitions. She shares her stories as a refugee from the Vietnam War, as a former corporate executive turned filmmaker and as a control-freak resolving perfectionism through the making of her film.

Berni’s Journey premiered in March of 2015 and is currently being formatted for television. She has evolved from filmmaker to Trans-Media entrepreneur and is one of the TV hosts of Wake Up!™, a nationally syndicated morning show. Slowey is in the process of completing her memoir and is creating experiential retreats to help others awaken to their own “burning” journey. Additionally, she uses her experience with filmmaking as a speaking platform using movies as a metaphor for life: 1) We can choose which lens to view our perspective; 2) We can decide what story we want to tell to write the screenplay of our future and rewrite our past; 3) We can take inspired action and create what we desire as the Director of our lives.

Prior to the film, Slowey had a 20-year corporate career as a bank executive until the collapse of the financial industry in 2009. As the youngest senior vice president at her organization, she managed several departments and led organizational development projects. Slowey was  recognized by The Denver Business Journal as one of the “Forty Under 40” top young business leaders for her business success and community contributions as a volunteer and having served on many non-profit Boards.

Since evacuating from Saigon in 1975, Slowey has also lived in Tehran, Iran during the anti-Shah revolution in the late ’70’s. With some intermittent moves throughout Nebraska during her childhood, her family moved to Colorado in 1984. Slowey lives in Denver with her husband and two sons.

1139:Nathalie Biviano helps smart married mums fall back in love with their husbands.

1139:Nathalie Biviano helps smart married mums fall back in love with their husbands.

1198: Sheyenne Kreamer has combined her past experiences in project management, recruiting and consulting with her passion for helping…

1198: Sheyenne Kreamer has combined her past experiences in project management, recruiting and consulting with her passion for helping…

1488:Logan Nelson is a coach, speaker, writer, and business strategist.

1488:Logan Nelson is a coach, speaker, writer, and business strategist.

1693:Nicole Abboud is the Founder of Abboud Media

1693:Nicole Abboud is the Founder of Abboud Media