Click on ▶ to Listen (13:01)
0.75x
1x
1.25x
1.5x
2x
0:00
13:01
Apple PodcastsGoogle PodcastsPlayer EmbedShare Leave a ReviewListen in a New WindowDownloadSoundCloudStitcherSubscribe on AndroidSubscribe via RSSSpotifySubscribe on iTunesGet My Workbook 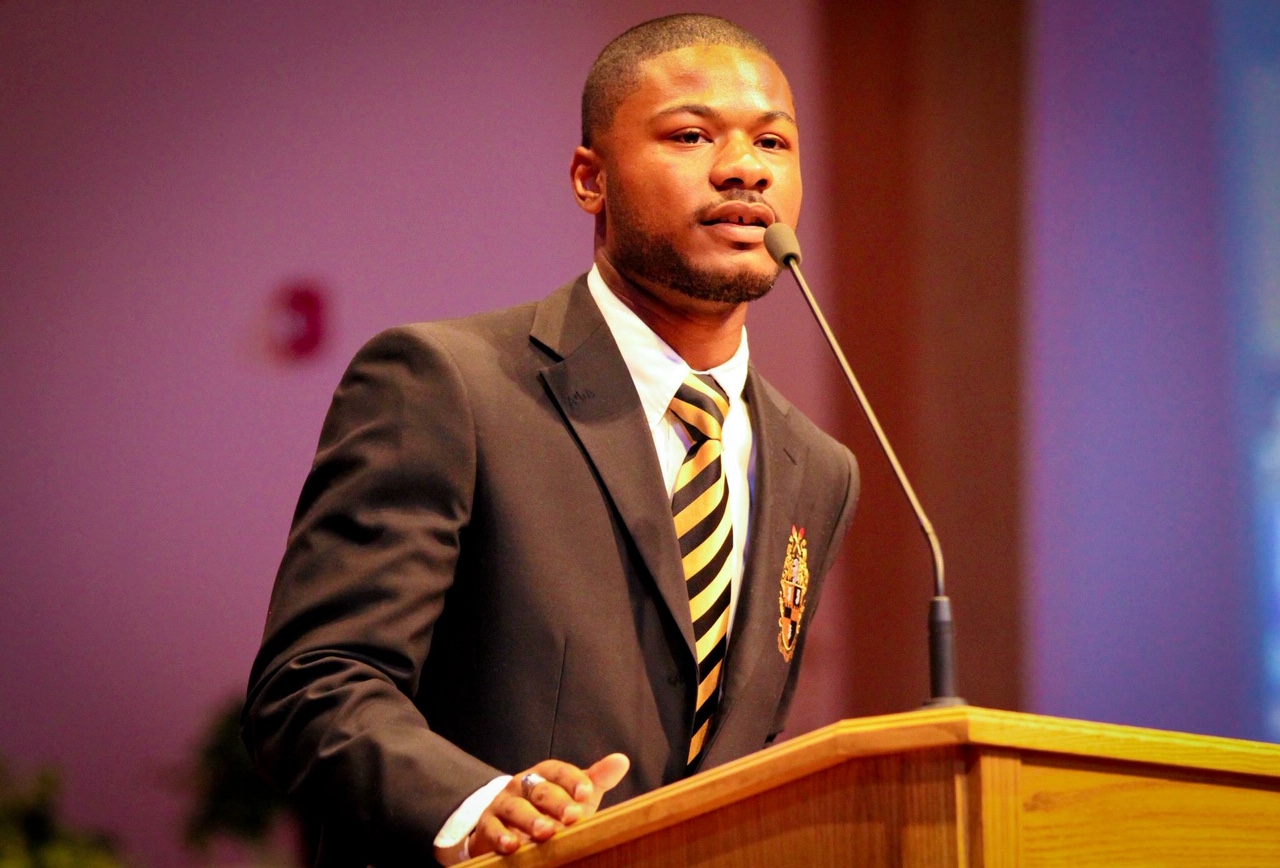 Anthony Hyland: In the early years of his life Anthony Hyland sought to combat life’s trials and tribulations with the only outlet he knew, which was poetry. Anthony Hyland a Philadelphia, Pennsylvania native holds a Bachelors of Arts degree in Mass Communications from the illustrious Voorhees College.

While at Voorhees College, Anthony hit the ground running by becoming the Freshman Class president and then, Third Vice President of the local NAACP chapter in his sophomore year. Anthony sought to establish a continued legacy of greatness by serving as President of the Eta Iota chapter of Alpha Phi Alpha Fraternity Incorporated his junior year & senior year.  This opportunity of service gave him access to a much wider variety of audiences, thus through his talents and experiences, he sought to motivate, and educate the young minds of his beloved institution.

Anthony holds the distinct privilege of having served the District of South Carolina and Southern Region of Alpha Phi Alpha as the Assistant Chair to the Belford V. Lawson Oratorical Competition. He was the Southern District, and Regional 1st place Oratorical Contest winner and 1st Runner-up on the National level for the Oratorical Contest as well. He has served as Mr. Voorhees College 2013-2014, as well as Mister HBCU 2014-2015. This young man firmly believes that service is a duty NOT an obligation.

In his spare time, he enjoys reading novels and writing poetry. Among Anthony’s many talents he is also the author of The Purpose of Power. Currently stationed in Norfolk, Va. with his wife Natasha, son Caleb, and beautiful daughter Kylie, Hyland upholds the duties and responsibilities of a United States Naval Sailor as he serves his peers in the capacity of a Boatswains Mate 3rd Class. His life goal is to become a world-renowned Empowerment Speaker through encouragement & uplifting his fellow peers. Anthony truly believes that “Pacification is never an adequate substitute for Honesty.”

Noah Labhart is intimately familiar with the challenges, risks and rewards of introducing new tech into the world /Ep2775

Noah Labhart is intimately familiar with the challenges, risks and rewards of introducing new tech into the world /Ep2775

1884:Amy Rutherford writes about how they retired in their forties and how they plan to stay there

1884:Amy Rutherford writes about how they retired in their forties and how they plan to stay there

718:Kara Deringer works with people to connect with their purpose and create extraordinary results in their lives.

718:Kara Deringer works with people to connect with their purpose and create extraordinary results in their lives.

1308:Todd Nevins is the host of the Go Hunt Life podcast

1308:Todd Nevins is the host of the Go Hunt Life podcast