THE POWER OF GOAL SETTING

Goal setting is key to success. From 2012- 2015 I succesfully achieved a number of goals. By 2016 I decided to go bigger, borderline impossible.

How hard could it be?

It took me three months to record and release my 1st podcast episode on March 31st 2016. Then during the following 5 months I recorded and released 76 more conversations. I was losing. Could I do in 4 months what I failed to do in 8 months.

Things were not all bad though. The middle of August brought with it my birthday and the ending a planned trip to Tennessee for a connference called Coaching with Excellence.  Amanda and I was excited. We planned to make this trek by drving from Florida to Tennessee.

It was at this conference staged in Dan Miller's barn that inspiration hit me like lightning. I had heard Dan Miller, Aaron Walker and Kent Julian speak. But it wasn't until Ashley Logsden began speaking about personality types did inspiration hit.

This is when I heard a Voice. I heard clearly don't give up on the goal you have set out on. For a minute I was in a trance. Then I snapped out of it and immediately took to my trusty yellow pad. I calculated the remaining conversations required - 1509 conversations in 90 days. Further dissected, 17 conversations per day, approximately 4-5 hours a day. 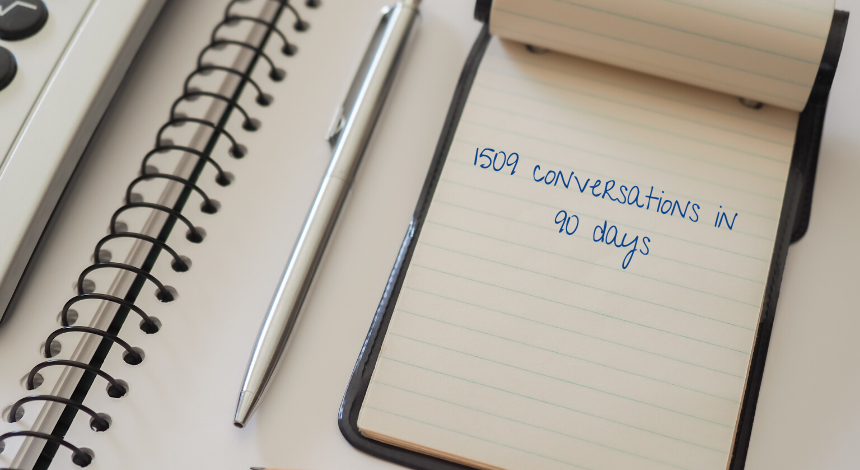 Would You Do it?

It definitely requires some thought before answering, doesn't it?  Who would want to have so many conversations, in so little time? I did it. As challenging as it was, I went after the goal. What is keeping you from achieving your goals? How long are you going to wait before you do the thing you love?

Did I achieve my goal?

“You can have everything in life you want, if you will just help other people get what they want.”

The process to becoming DEBT FREE taught me a lot. Goals were now looked at with a new determination. Looking back, I realize how important the sacrifice was. Truly in a marriage, two is better than one.

I vividly remember telling Amanda at the kitchen sink that I've found a way to improve our personal finances after reading a book. The look on her face, after a day of energy depleting nurse duties didn't accommodate an initial best response from her. Nevertheless, after reading the book she agreed that we should go on the journey to become debt-free. As a result of this team effort, since then I have accomplished the following:

Taking the first step will only lead to the next, and a next, then another until you are making steady strides. I am here to help you. My skillset is to help design a plan that can be used specifically for your life. There are many different scenarios that may require optimization.

Think about what life would look like with no payments:

I must say the road to financial freedom wasn’t paved in gold or smoothened all the way through. It had ups and downs, twists and turns, even speed bumps. The thing that kept us on course, however, was the life we envisioned for our family once we became debt free. We wanted to have control over that life. Achieving financial freedom started with a collective decision to change our behavior towards money. Accountability to each other over time then turned these newfound behavior into habits. 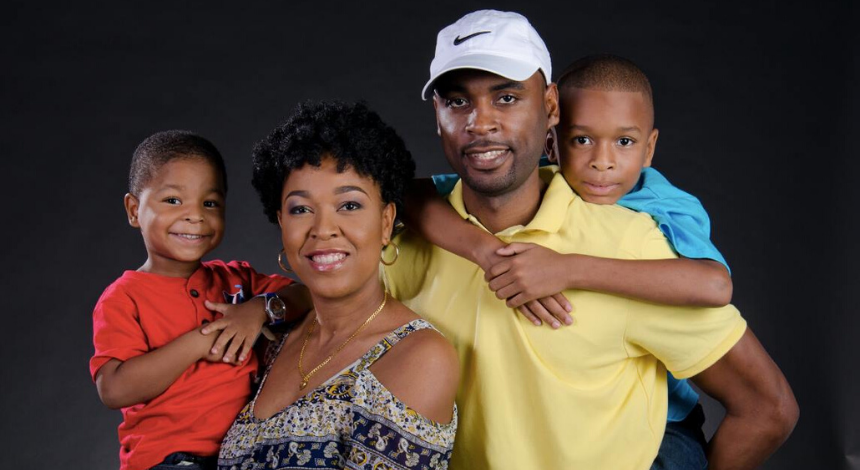 I must admit, when Engel approached me with this ‘great book’ he’d read on becoming debt free I wasn’t too thrilled. At that time I thought I didn’t have the bandwidth for anything else which might complicate life. I remember convincing myself after, that Engel always sought our best interest so I could at least consider what he was saying. Boy oh boy, that turned out to be quite an awakening.

After reading the testimonies of others who applied the 7 baby steps successfully, I remember silently saying I also wanted to experience what they were expressing. Both Engel and I wanted a life of happiness where we could stop and enjoy the simple things. We wanted a family picture of smiles that were present and genuine. Not forced or distracted because our mind was off vigorously doing some other calculation. What we did, when we did it, how we did it were once determined by our indebtedness. We were once caught in the life where according to Proverbs 22:7 NKJV, the borrower is servant to the lender.

Through learning, understanding and applying the principles necessary for financial freedom we were able to extricate ourselves from debt’s hold. Screaming ‘we’re debt free’ at the top of our lungs was one of the best feelings ever. No regrets. The truth is you can do it too. Be encouraged.